Overall, it was an eye-opening experience. There were times of when my mind was in overdrive, keeping my head on a swivel looking for threats intelligence told us could be anywhere. Fear was ever-present. Crammed into lightly armored Toyota Land Cruisers (body armor, weapons, first-aid kits and electronic jamming equipment), we weaved our way through the heavily congested streets of Afghanistan’s capital. Intermixed into these missions (total of 4 over 2 days) we saw some bizarre sights. Below are my random thoughts/observations (pictures at bottom of post):

- Kabul was void of any vivid colors (even the leaves on the trees were a dull green). It was hazy, dirty and congested (dirt and pollution filled the air). At 1030A, it still looked dark.

- First time to I have ever seen a sheep riding in the back of a taxi. How did he pay?

- The convoys were nerve racking, especially when we found ourselves trapped in the middle lane of traffic at a dead stop. This happened frequently.

- Driving was worse than downtown Seoul Korea. It took us over an hour to drive about 5 miles on one of our missions.

- “Major, did you see the goat cargo strapped to the roof of that car? It was still alive.”

- All past force protection threat training came back in a flash. The guy on the roof; is he the spotter for the IED planted on the road? Another one on the side of the road with the cell phone following your convoy’s motion; is he the trigger man? Is that woman in a burka innocent or a suicide bomber? The man on the bike who scared the heck out of me when he suddenly appeared on the left side of our SUV--is he a threat or just trying to get to work? Will the Afghan National Police officer standing in the middle of the road turn and start shooting at us? And on, and on…

- Damn, there are a lot of people in this city, mostly men.

- Realization body armor protects your head/torso; anything below your rib cage is completely exposed.

- Despite weighing around 70lbs, the body armor helped improve my posture.

- As we passed other vehicles, most of the locals seemed to want to get away from us as quickly as we wanted to get away from them (a quick look at us, then straight ahead) -- "I don’t see you."

- The rest of the locals, both on the side of the road and in vehicles beside/passing you (remember very few women) stared with lifeless eyes at you until you were out of their sight. Wonder if they did the same when the Russians were here?

- As soon as I stepped out of the shower, I immediately felt dirty again.

- Disgusting smell. And that black crap that came out of my nose and throat after a few hours in the city...

- The early morning convoy was scarier than the ones during the previous day (almost no traffic at 0530). Traveling in a big armored target, we couldn’t have stuck out more if we tried. Uneasy feeling passing parked fuel tuck after parked fuel truck along our well known route. Another intelligence warning.

- First time I have ever waited over 10 hrs just to catch a 10 min flight. 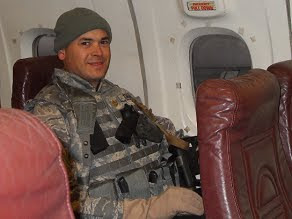 Me on the early morning flight from Bagram to Kabul. I had no idea what the day was going to be like. 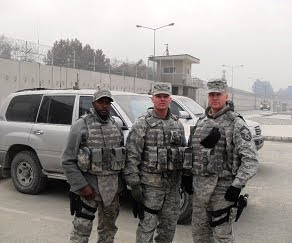 Members of my convoy team. Our two armored Toyota Land Cruisers in background. 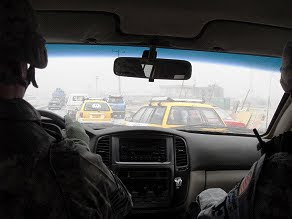 View from inside my SUV; taken during a period of light traffic. Notice how hazy it is outside. 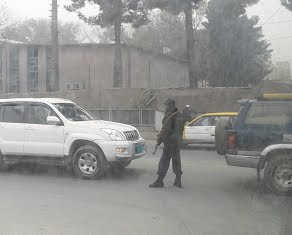 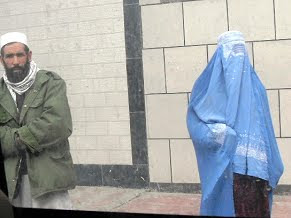 One of the only women I saw during our missions in downtown Kabul. 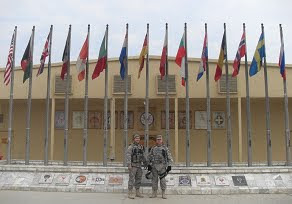 Tim Fearney and I in front of Headquarters building at
Forward Operating Base Phoenix. Mission 1 complete. 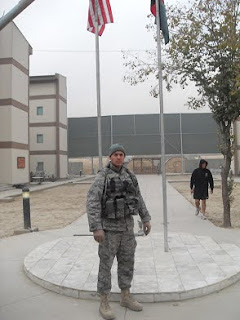 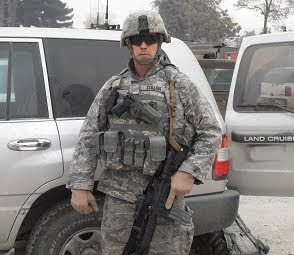 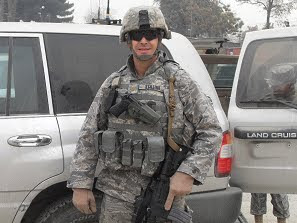 Hero shot #2. I was happy not to be crammed in damn Land Cruiser anymore. 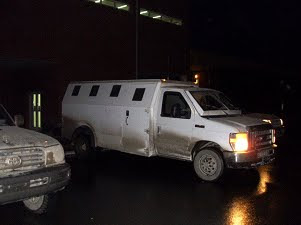 Armored target we rode in Mon morning on way to Kabul Int Airport. 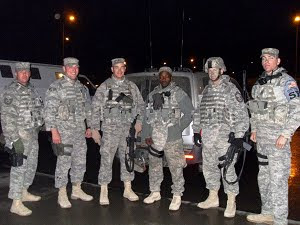 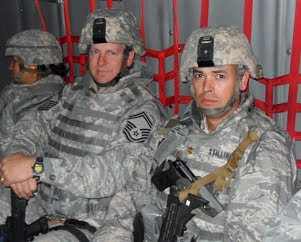 Not too happy after 10hr wait, but glad to finally be on C-130 transport plane for 10min flight back to Bagram.
Posted by Russ at 04:58 No comments: 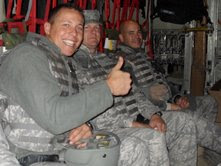 My superintendent (SMSgt Tim Fearney) and me on the C-130 ride into Bagram on 4 Nov. 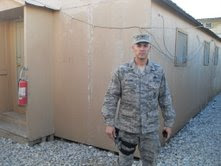 Outside my B-hut (wood shack we live in). I look like hell after 4 days of travel. 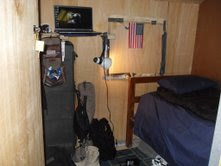 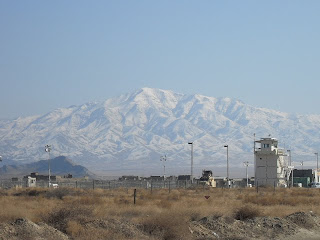 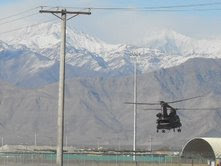 Hindu Kush mountain range surrounds the base. Pics taken after a rain shower; so had rare clear view--breath taking. 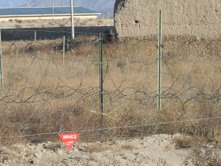 One of the numerous active mine fields on base
(very important to stay on established roads/paths). 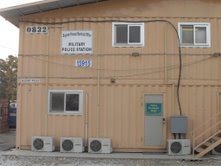 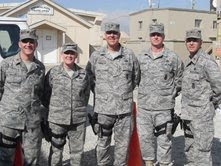 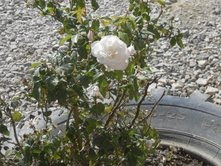 You can always find something beautiful if you look for it. 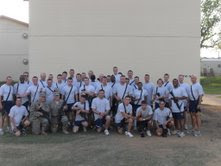 My entire SF team at training in TX back in Aug 09 (I'm in the back row, far right). 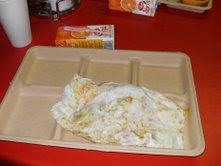 Ham/mushroom/cheese omelet served in the chow hall
(can you believe the size of this?!?).
Posted by Russ at 04:39 No comments: